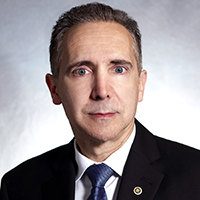 Sal has two decades experience as a macro economist. With BMO Financial Group since 1994, his main responsibilities include analyzing and forecasting the U.S. and...

Sal has two decades experience as a macro economist. With BMO Financial Group since 1994, his main responsibilities include analyzing and forecasting the U.S. and...

IN Tune: Analyzing Climate Change Risk for US REITs

IN Tune: Discussing ESG Trends in the Base Metal and Diversified Mining Industries

Metal Matters: Pump up the Base for LME Week

IN Tune: The Voluntary Carbon Market: International Market of Mystery

IN Tune: Battery Materials: Raising EV Sales, and What It Means for Lithium and Other Key Battery Metals