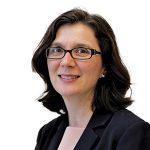 Vicki Bakhshi is a Director in the Responsible Investment team. She joined the firm in November 2006, prior to which she spent five years in the UK government, including as the Prime Minister’s policy adviser on climate change, and as a senior member of the team responsible for the Stern Review on the Economics of Climate Change. She also spent three years as a leader writer at the Financial Times, and two years as an economist at the Bank of England. Vicki chairs the UKSIF Leadership Committee, has served on the Board of the Institutional Investors Group on Climate Change, and was also named by Financial News in 2013 as one of the top 100 influential women in finance in Europe. Vicki holds an MSc in Economics from Warwick University and a BA in Philosophy, Politics and Economics from Oxford University.