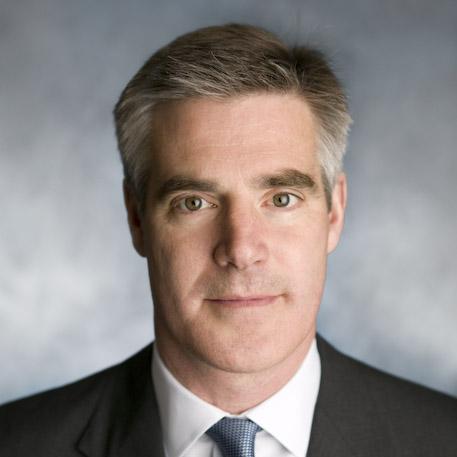 In his role as Head of International, Bill is responsible for BMO Financial Group’s Capital Markets business in EMEA and Asia. Prior to assuming his management role in EMEA in 2011, Bill was Head of Investment and Corporate Banking in London where he was responsible for a wide range of international transactions including M&A, strategic advisory, equity and debt financing.

In addition to his executive responsibilities, Bill is the Chair of the UK’s Association of Foreign Banks, President of the Canada–United Kingdom Chamber of Commerce and a member of the University of Toronto’s International Leadership Council.

Bill holds an MBA from York University, a Master’s in Political Economy from the University of Toronto and a Bachelor of Arts degree from St. Lawrence University.

Jobs Juggernaut - The Week Ahead

Quick Listen: Darryl White on the Economic Implications of a Rapidly-Aging Society

Pause-itive Thinking - Views from the North

Understanding the Link Between Cybersecurity and ESG

BMO Completes Acquisition of Bank of the West

Landing Soon - The Week Ahead

Is RNG Right for Your Farm?

Bid Still Standing - The Week Ahead

One and Done? - Views from the North

BMO Receives Regulatory Approval to Acquire Bank of the West

Is Green Financing for Nuclear the Next Frontier in the Energy Transition?

Downshift to Terminal - The Week Ahead

IN Tune: The Canadian 2023 REIT Outlook | Something’s Gotta Give

All Eyes on CPI - The Week Ahead

Can U.S. REITs Take the Heat (Wind and Rain)

Holiday Special - The Week Ahead

IN Tune: BMO Radicle and the World of Carbon Credits

Metal Matters: Looking Ahead to 2023

Long Run, All Terminal - The Week Ahead

Managing Your Liquidity in a Rising Rate Environment

Yuletide Bonds - The Week Ahead

Odd Odds - The Week Ahead

Getting to the “How” of an Energy-Transition Economy

Talking Terminal - Views from the North

Provincially Speaking - Views from the North

Talking Turkey - The Week Ahead

Giving Thanks, Taking Stock - The Week Ahead

IN Tune: Analyzing Climate Change Risk for US REITs

Leading Johnson & Johnson to a Vaccine Triumph: A Conversation with Alex Gorsky

Red Dot State of Mind - The Week Ahead

COP27 in Focus: Will Energy Security and Economic Uncertainty Impact the Climate Transition?

Public Policy and the Energy Transition: Howard Learner in Conversation

Trade Finance: Tackling Sustainability One Company at a Time

A Canadian First: BMO and Concordia University Partner for a Sustainable Future with Innovative Sustainability-Linked Loan

Summer Swan Song - The Week Ahead

Give Students a Head Start: 2022 Equity Through Education Program

Sure, At Some Point - The Week Ahead

NextGen Treasury: Protecting Your Organization from a Cybersecurity Attack

Sustainability Strategy and Reporting for Small and Medium Sized Companies: A Discussion at the Conference of Montreal

Op Ed: Businesses and Community Organizations Need to Come Together to Fight Poverty

Artificial Intelligence Can Save Banking from Itself

Investment Opportunities for a Net-Zero Economy: A Conversation at the Milken Institute Global Conference

How BMO Is Opening Doors For Marginalized Youth