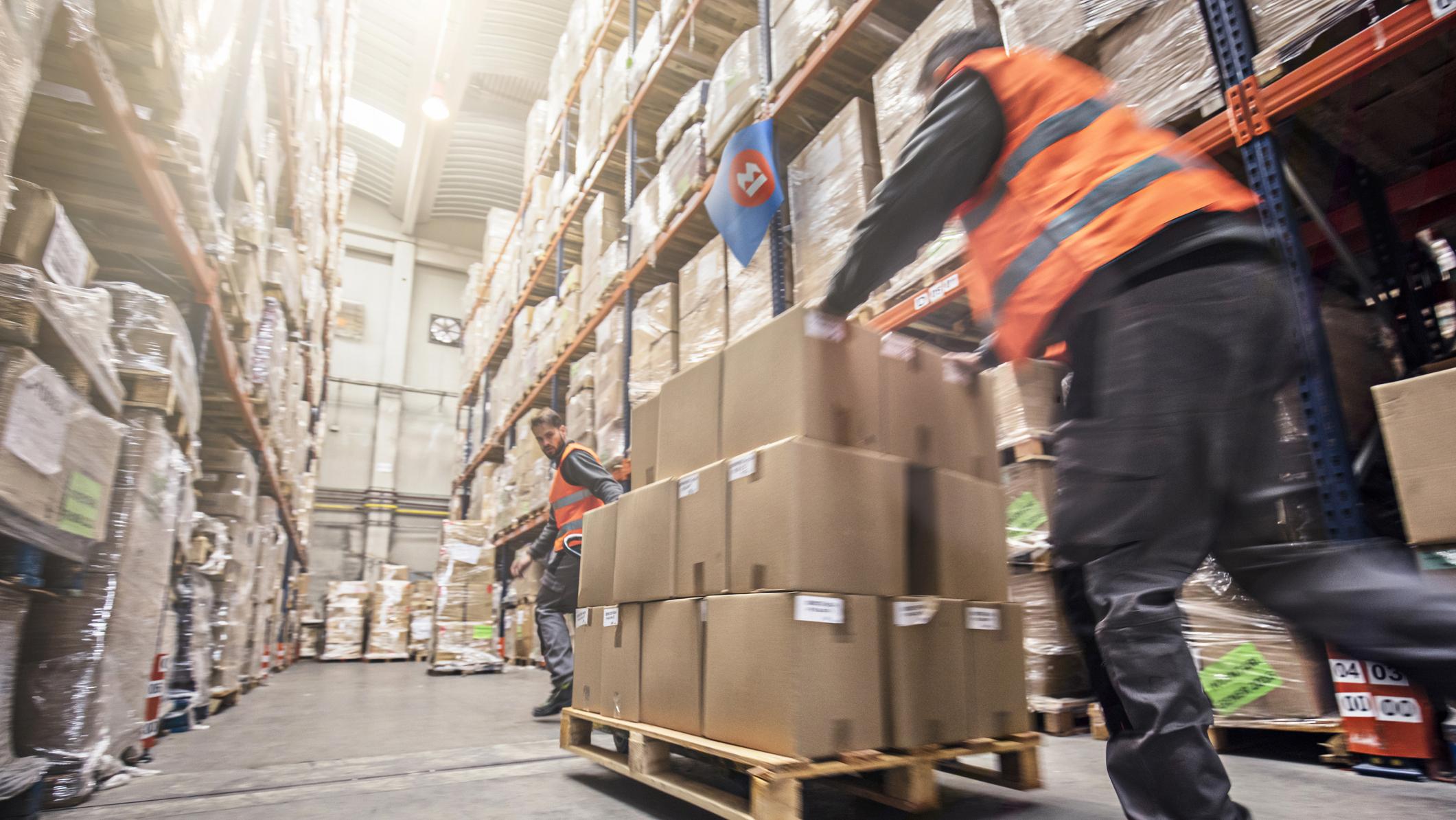 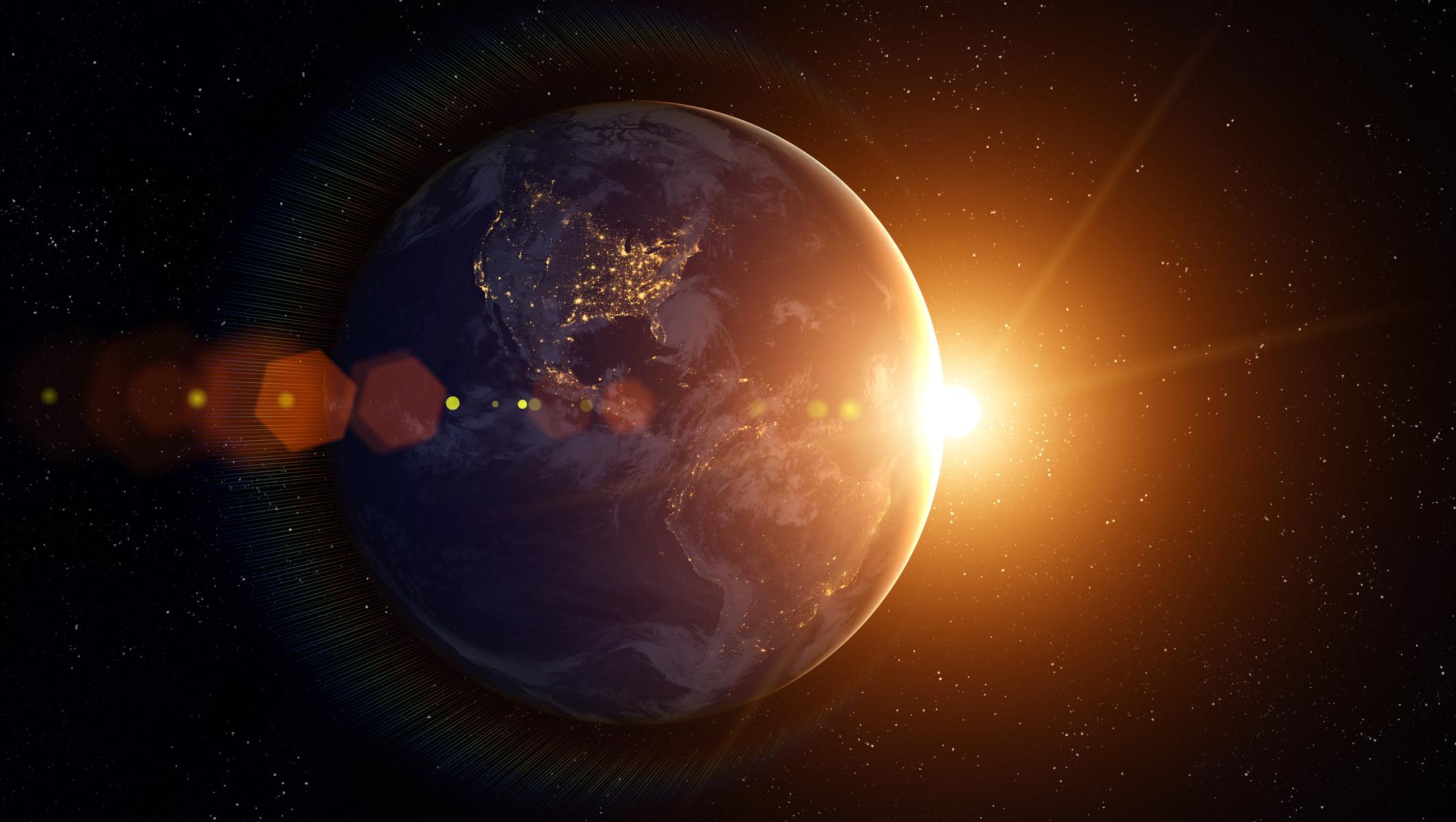 Ian Lyngen shares his thoughts on the ... 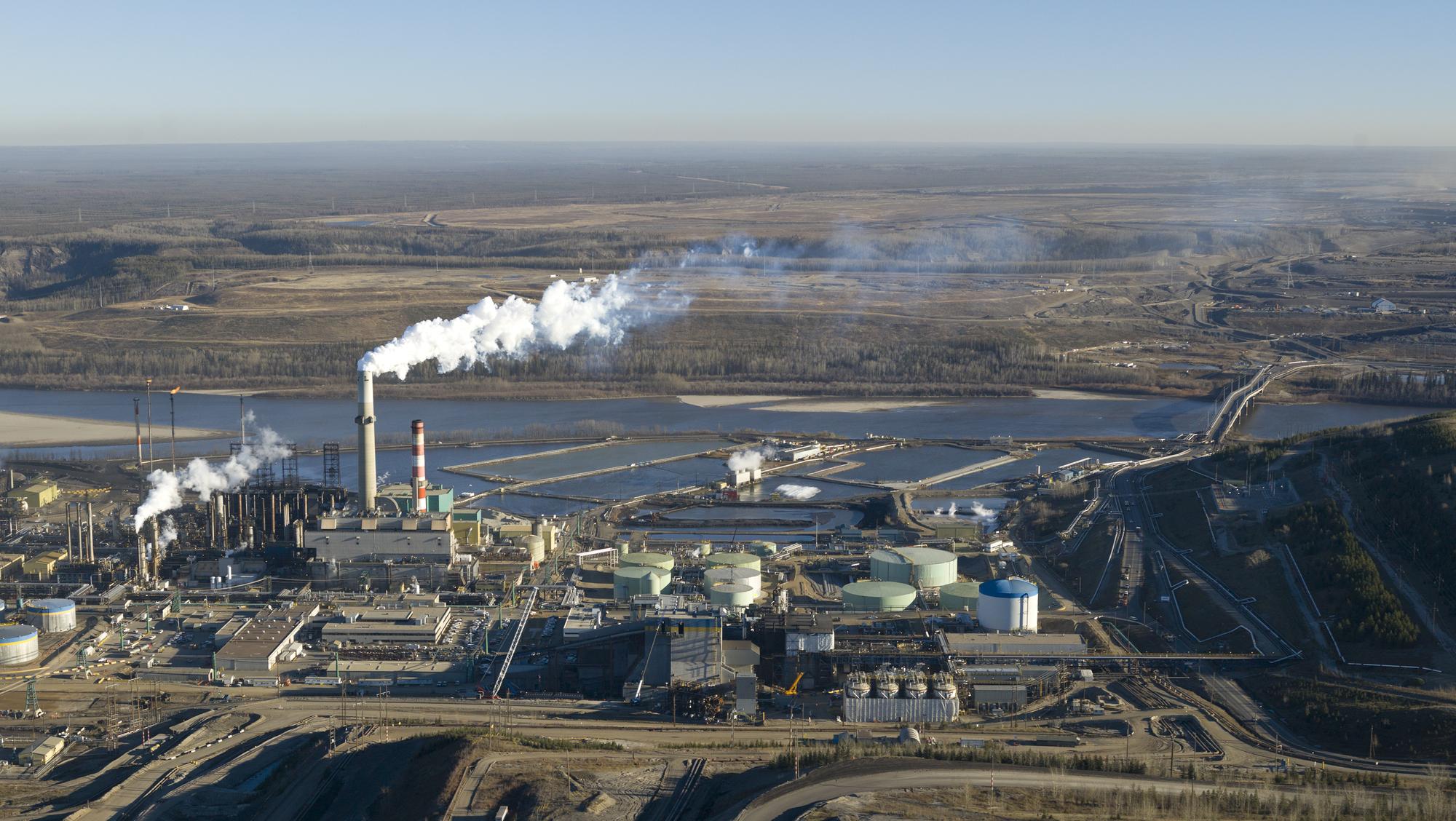 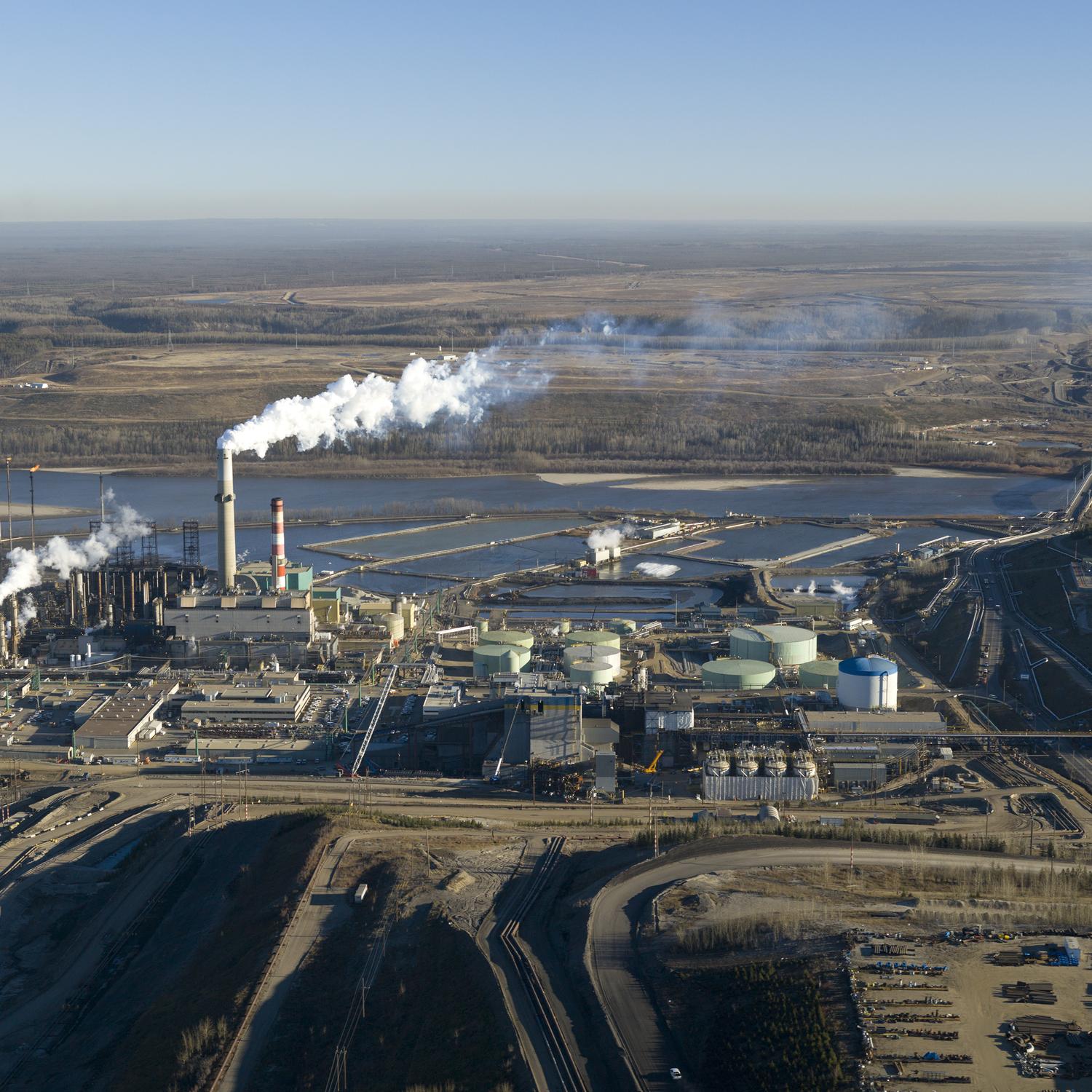 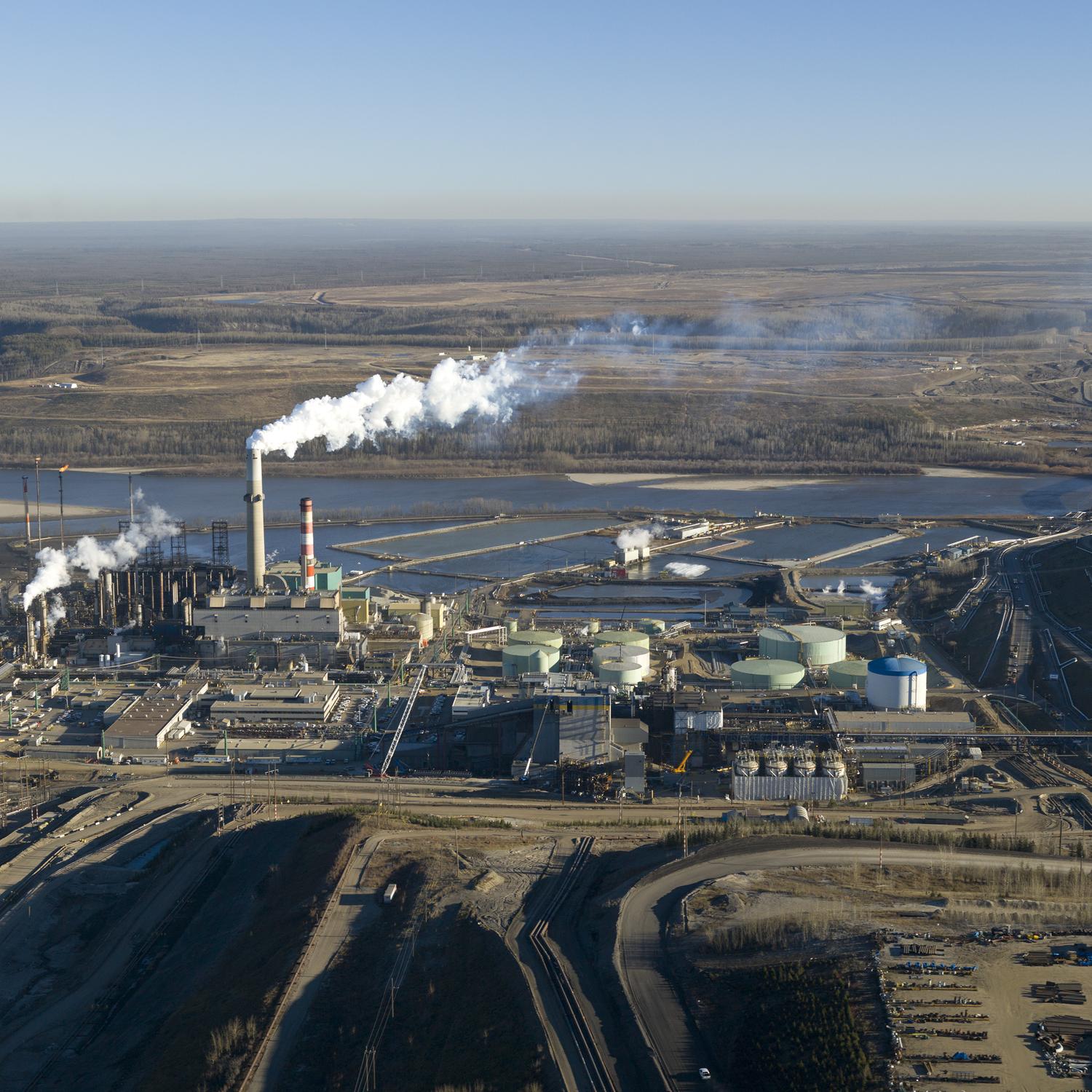 Changing the Narrative on Canadian Oil ... 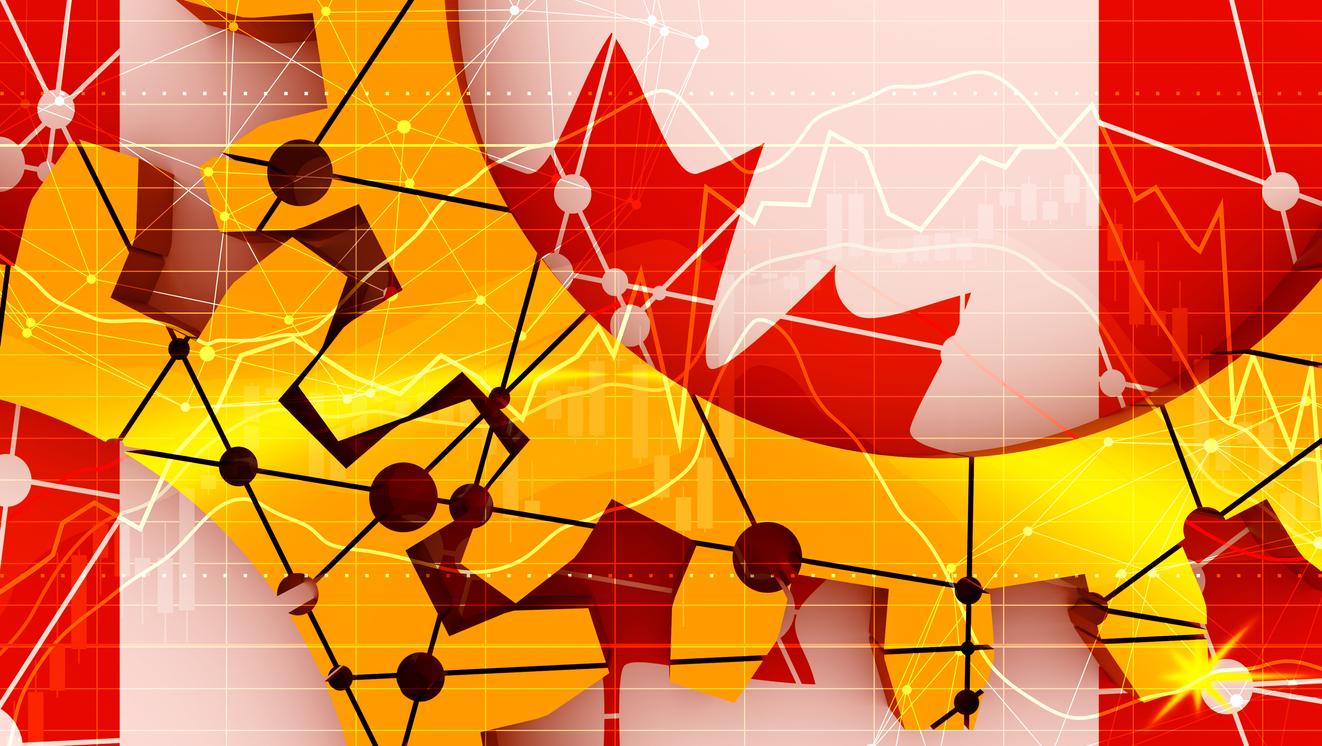 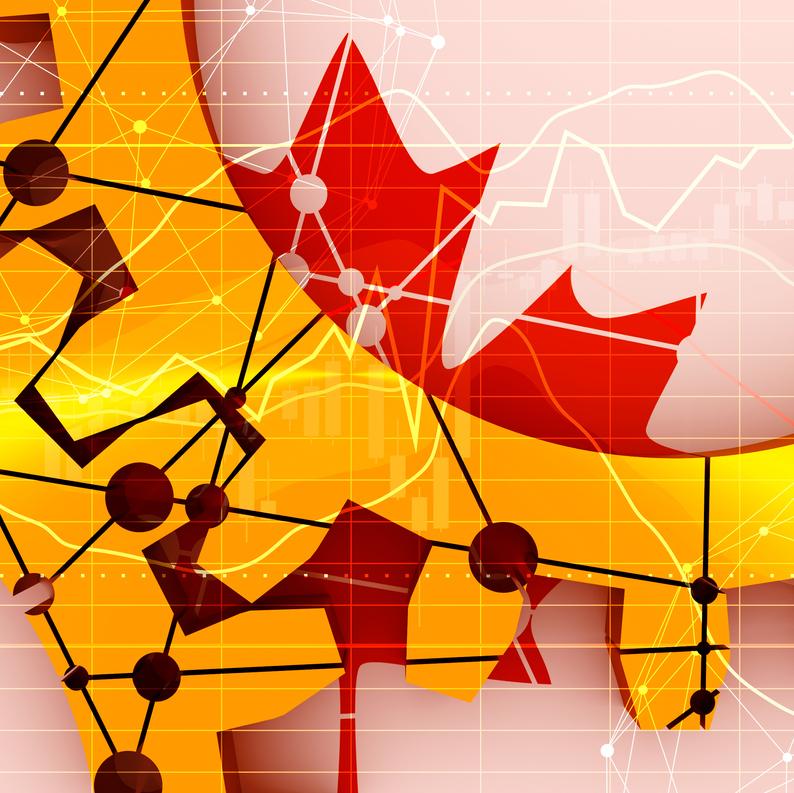 BMO Capital Markets recently held a Canadian oil sands panel that reviewed the progress major companies have made toward sustainability, innovative technology and community relationships. The industry is facing rising pressure from governments and investors to take strong action in these areas, and, as panelists discussed, that’s exactly what’s being done nationwide. According to Canadian oil sands producers, the industry is far more sustainable than many people give it credit for. Panelists at the BMO Capital Markets 2020 BMO ESG Virtual Conference said technological advances will help meet global oil demand for decades to come, as well as facilitate a gradual shift to alternative energy sources.   Watch key highlights from this panel. Conference Insights from BMO's Randy Ollenberger: The 400 Billion Barrel Opportunity for Friendly Oil, and Canada’s Evolving Role Changing the Narrative on Canadian Oil and Gas Technological advancement was an important theme of discussion at the June 18 conference. Moderated by Jared Dziuba, director in oil and gas equity research at BMO Capital Markets, the panel featured Joy Romero, vice-president of technology and innovation at Canadian Natural Resources; Al Reid, executive vice-president of stakeholder engagement, safety, legal, and general counsel at Cenovus; Theresa Redburn, senior vice-president of commercial and corporate development at Imperial Oil; and Martha Hall Findlay, Suncor Energy chief sustainability officer. Shifting Perspectives with Technology There’s a global view that oil sands companies have low environmental, social and governance (ESG) ratings, but panelists argue that Canadian energy operations consistently rate ahead of the pack when measured against other countries and other industries. Some Canadian energy executives have been implementing ESG practices for years, said Reid. Canada, he pointed out, was the first country to adopt carbon pricing, and is committed to the Paris Climate Agreement, which aims to significantly reduce global greenhouse gas emissions. .  Energy sector regulations, which are already stringent here, will become even tighter over the next several years, he noted. All of this is to say that energy companies are taking emissions seriously and doing what they can with technology to reduce them. “The industry has a demonstrated track record of reducing emissions through the application of technology,” he said. “You can see that over time, certainly with our company, but across the sector, everyone’s been able to reduce those emissions as they’ve implemented new technologies.” Redburn pointed out that the industry is making use of several environment-improving technologies, and that must continue going forward. “It’s important that we open the aperture to all technologies that are available,” she said. “We’ve got technology today that, when applied, can reduce greenhouse gas intensity by up to 90% and water use by up to 90%. Think about that combination in terms of its impact on the environment. And it comes at lower capital intensity and potentially improves recovery, so that’s a win for shareholders and investors.” Redburn also pointed out that Imperial has spent $3 billion in the last 12 years with Indigenous communities – offering economic stimulus to areas that were historically not sharing as much as they should have in the economic benefits of resource extraction. “I call that a triple win,” she said. “Those are the kind of integrated solutions that are very important, because they’re going to deliver meaningful change.” Clean Technology as Investment Incentive  Many don’t realize that Canadian companies have historically been early adopters of new clean technologies, which is something industry leaders don’t expect to stop. Romero noted that oil sands companies have a strong relationship with Canada’s clean-tech community, because they’re the ones testing clean-tech’s innovations. “We are the largest ‘piloter’ of clean technology out of any country, and we are the largest adopter,” she said. Romero explained that Canadian Natural Resources is investing in carbon capture and conversion, storage and sequestration. “That not only put us in a better environmental position, but a better economic position as well,” she said.  COVID-19, which has severely impacted demand for oil and gas, has forced companies to put several capital projects on hold, including a $1.4-billion cogeneration project from Suncor that would have reduced greenhouse gas emissions in northern Alberta and improved its ESG ratings, explained Hall Findlay. As frustrating as it was to put that project on hold, she believes that more opportunities will arise out of the COVID-19 crisis, including a deeper collaboration between business, government and society, and a stronger commitment to meet ambitious greenhouse gas–reduction goals. “A lot of people are worried about climate, and that’s showing up in investor concerns and public opinion,” she said. “We have an opportunity to move beyond that and say, ‘What do we do about it?’ ‘How do we cooperate or collaborate?’ Our first goal is to be a successful business, that’s the priority,” she noted. “(And) we absolutely need to have that environmental ambition.” More Work Ahead  Reid pointed out that every company represented on the panel has set ambitious environmental goals, but that those targets won’t be met if the sector sits back. Cenovus, for example, aims to reduce greenhouse gas emission intensity by 30% by 2030, and to become a net-zero company by 2050. The technology exists to attain those goals, but it’s not good enough to simply invent something, panelists agreed. There must also be investors and companies that are willing to risk capital and become the first to commercialize an innovation. People also need to be patient, as every new technology takes time to adopt. “It’s not just invention,” said Reid. “It’s actually getting something into broad commercial use. That’s going to take a lot of time and a lot of money, but there are ways that have been deployed in the past that will allow that to be done. It’s going to change the way we look at the world, but it can be done.” 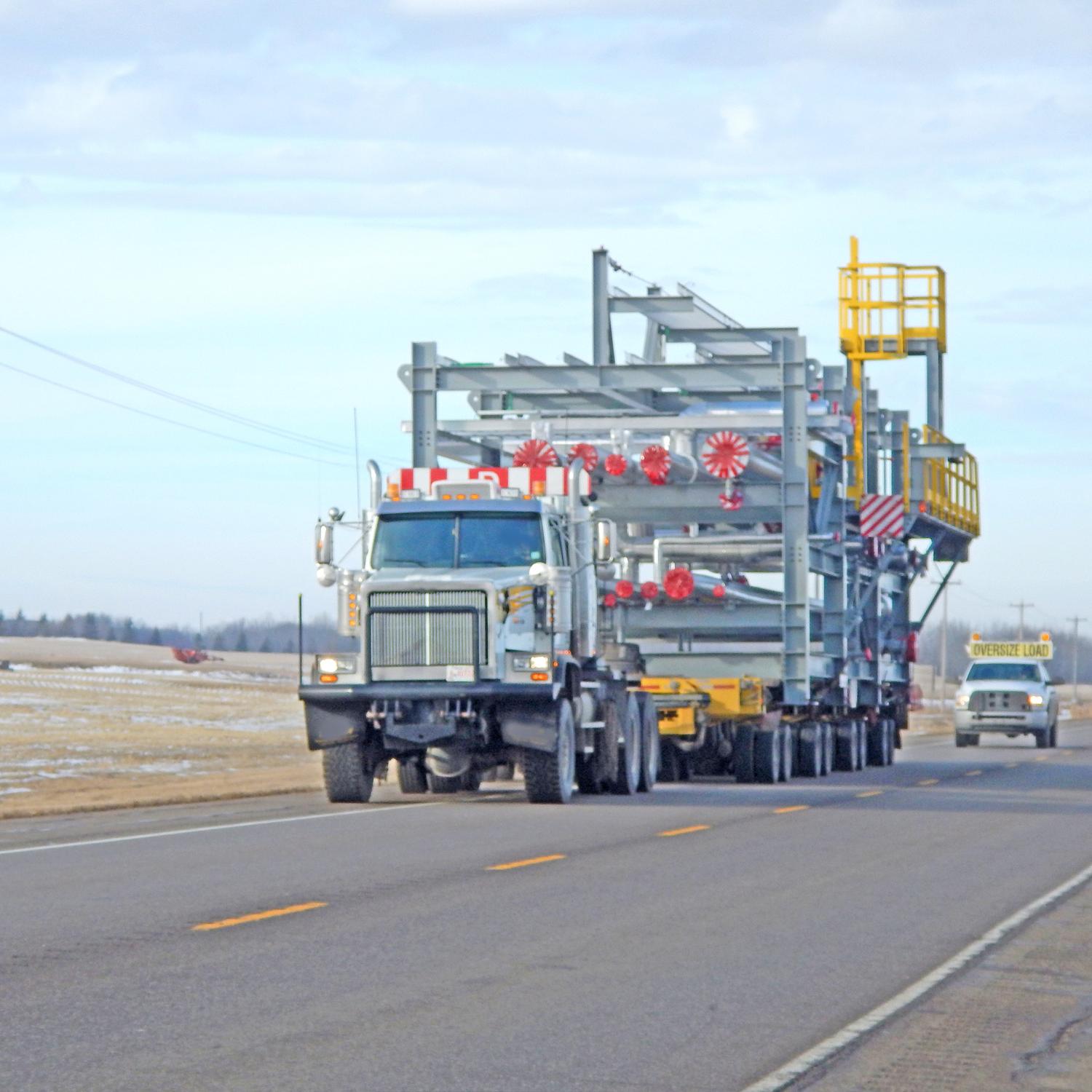 It Was A Very Good Year - The Week Ahead

Ian Lyngen, Ben Jeffery, and Jon Hill bring you their thoughts on the U.S. Rates market for the upcoming week of July 13th, 2020, and respond to questions submitted by listeners and clients. Like what you hear? Subscribe today iTunes, Google podcasts, Stitcher, Spotify Podcast Disclaimer

It Was A Very Good Year - The Week Ahead 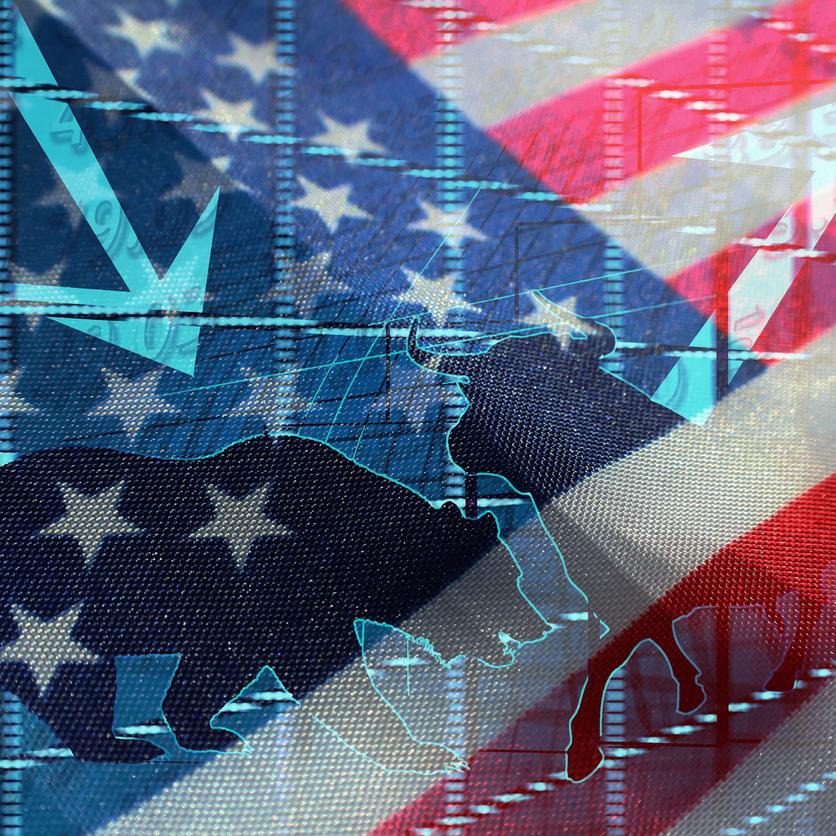 US Strategy Comment: Still Bullish on Tech, But Selectivity Is Key

Investors Should Pick Their Spots Within the Technology Sector With Technology stocks leading US equity market performance this year by a wide margin, investors have started to question if and how long this outperformance streak can last. From our perspective, we remain Overweight Technology and firmly believe the sector will continue to outperform over the next 12-18 months given the positive fundamental backdrop underlying the group. With that said, the extreme price run-up in Tech, combined with elevated valuations and a hefty 27% weighting in the S&P 500 index, makes it difficult for us to recommend an aggressive overweight allocation toward the group. The key for Tech, in our view, is stock selection as current sector dynamics suggest to us that an active investment strategy should be utilized when adding exposure to the group. As such, we would advise investors to pick their spots within Technology, as there are plenty of opportunities that exist in the sector that some investors may be neglecting. Main Points: Fundamental Backdrop for Technology Sector Is Largely Positive However, Relative Price Trends and Elevated Valuations Make It Difficult to Have an Aggressive Overweight Sector Allocation An Active Approach Should Be Used Within Technology Plenty of Opportunities Exist Outside of ‘Big Tech’ Group and Stock Focus: Value, Growth, and GARP READ REPORT

US Strategy Comment: Still Bullish on Tech, But Selectivity Is Key

Here is a look at the AM Charts: It’s Hammer Time FULL REPORT 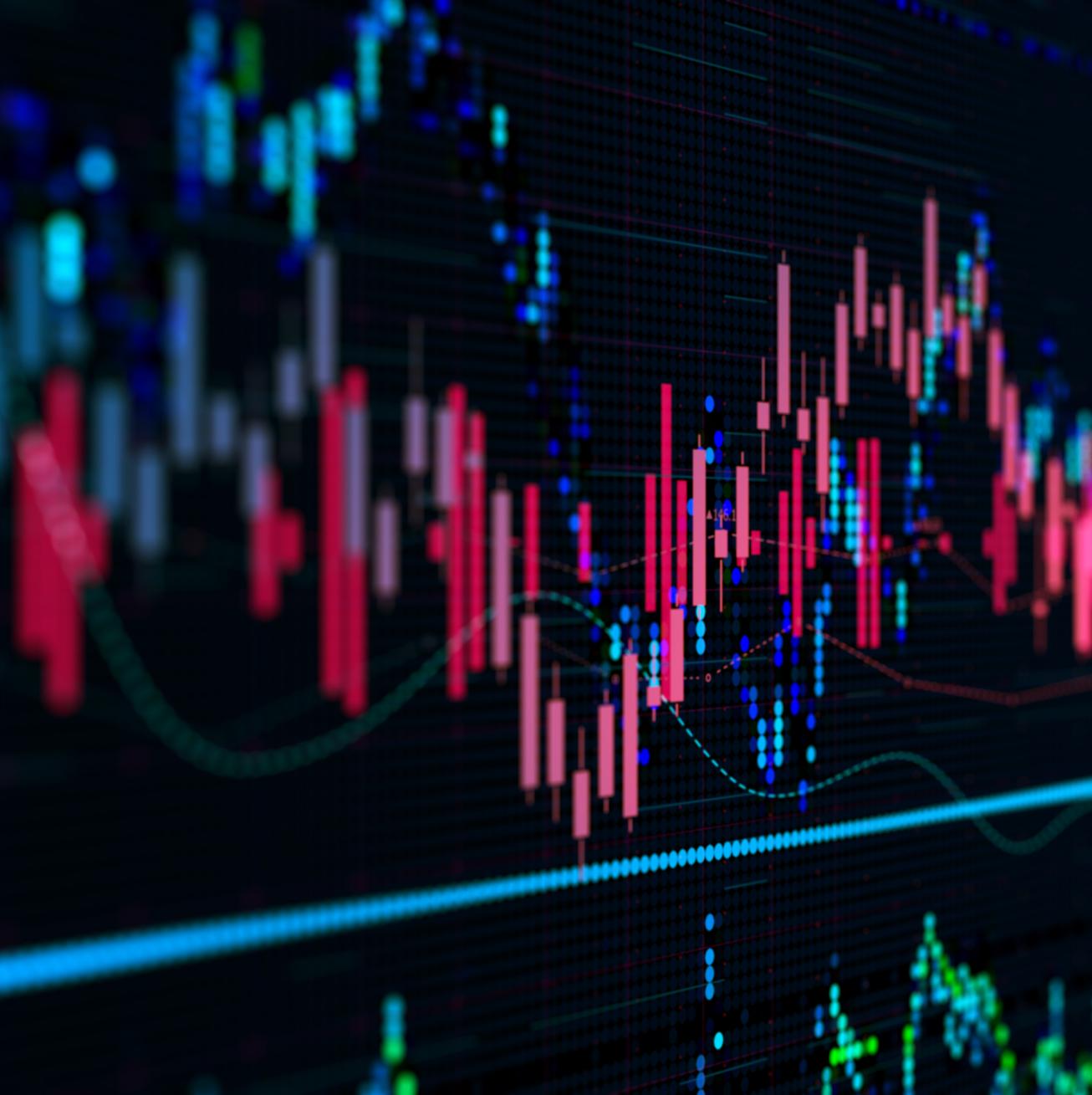