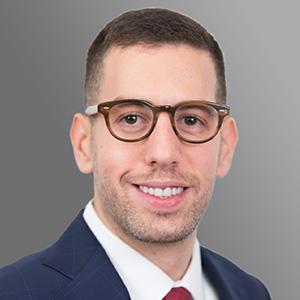 Evan is a Managing Director and Senior Research Analyst at BMO Capital Markets covering Biotechnology (Large and SMid Cap) and US Major Pharmaceuticals. His responsibilities also include leading the therapeutics research effort at BMO, shaping strategy and growing impact of the broader franchise. Prior to joining BMO, Evan was a senior research analyst at Credit Suisse, also covering Biotechnology. He started his Wall Street Career at Deutsche Bank and later was on the #2 Institutional Investor ranked Biopharma team at Barclays. Before equity research, Evan was a strategy consultant for Major Pharma and Biotechnology clients.

Recently, Evan was named a Rising Star of Equity Research by Business Insider and is consistently recognized by investors as a leading voice in the biotechnology space. He has been featured in countless media outlets, including CNBC, PBS News Hour, BNN Canada, The Wall Street Journal, Barron’s, The Economist, Kiplinger’s Personal Finance, The New York Times, and industry trade publications. Evan holds a BBA in Finance and Accounting and BA in Spanish, both from the University of Michigan.